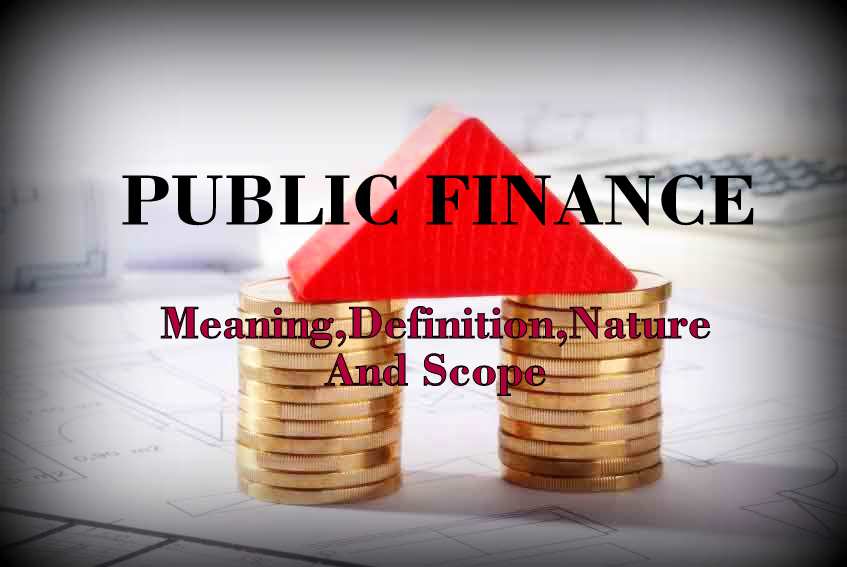 The word public refers to general people and the word finance means resources. So Public Finance means resources of the masses,how they are collected and utilized.Thus, it is the branch of economics that studies the taxing and spending activities of government. It is that branch of general economics which deals with the financial activities of the state or government at national, state and local levels. The discipline of public finance describes and analyses government services,subsidies and welfare payments,and the methods by which the expenditures to these ends are covered through taxation,borrowing,foreign aid and the creation of money.

It was Adam Smith who gave a detailed account of the problems of ‘public finance’ and recognized the close connection between science of finance and the theory of economics. Following Smith, other classical economists went on writing on one issue or the other in the field of ‘public finance’.

“Public finance is the study of principles underlying the spending and raising of funds by public authorities”.

“Public finance deals with the provision,custody and discursement of resources needed for conduct of public or government function.”

“Public finance is concerned with the income and expenditure of public authorities,and with the adjustment of the one to the other.

Nature of public finance implies whether it is a science or art or both.

Arguments in support of Public Finance as Science:

Art is application of knowledge for achieving definite objectives. Fiscal Policy which is an important instrument of public finance makes use of the knowledge of government’s revenue and expenditure to achieve the objectives of full employment, economic development and equality. Price stability etc. To achieve the goal of economic equality taxes are levied which are likely to be opposed. Therefore it is important to plan their timing and volume. The process of levying tax is therefore an art. Study of Public finance is helpful in solving many practical problems. Public finance is therefore an art also.

From the above discussion it can be concluded that public finance is both science and art. It is positive science as well as normative science.

It is  a positive  science as by the study of public finance factual information about the problems of government’s revenue and expenditure can be known. It also offers suggestions in this respect.

It is also normative science as study of public finance presents norms or standards of the government’s financial operations . It reveals what should be the quantum of taxes,kind of taxes and on what items less of public expenditure can be incurred.