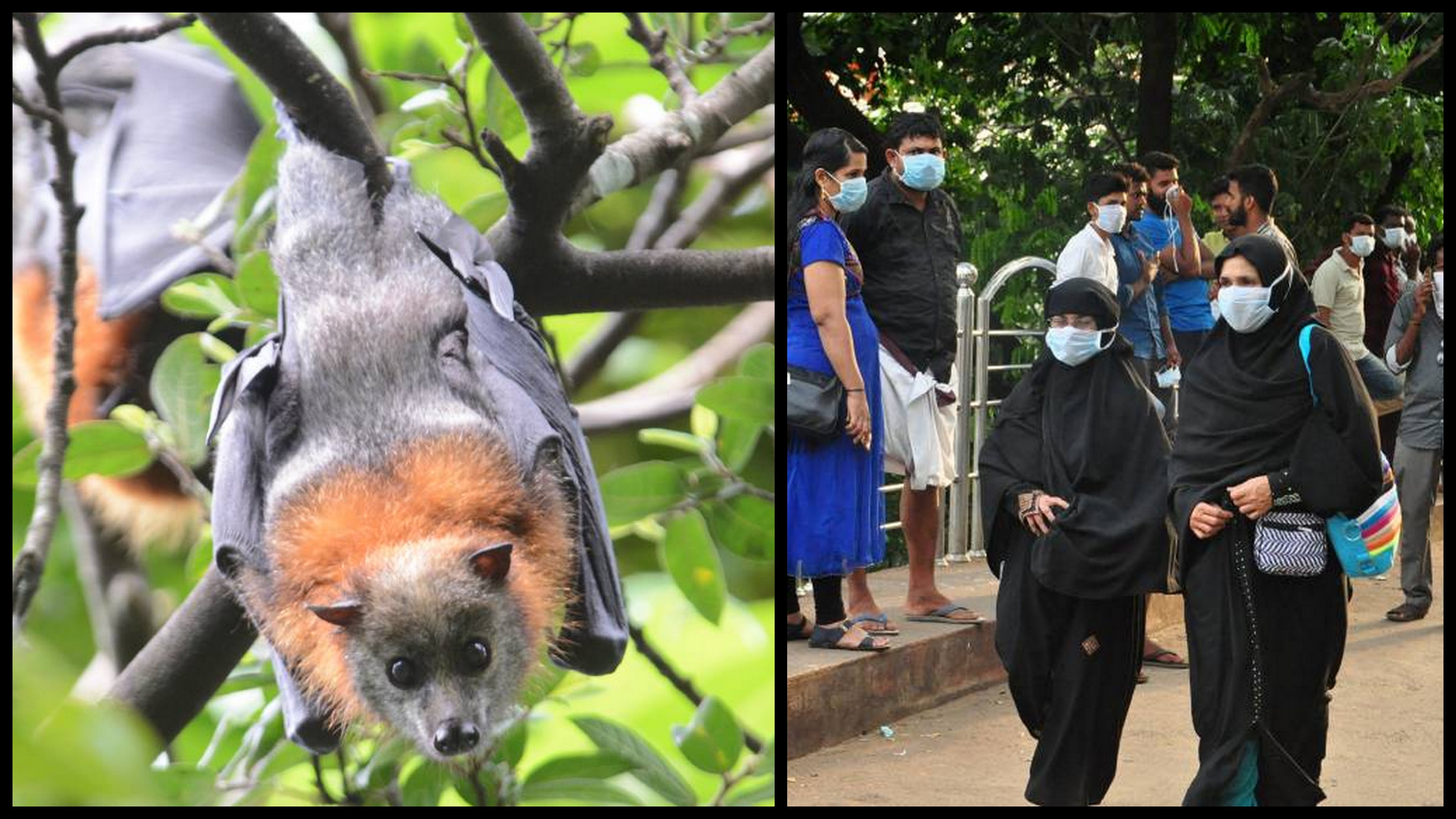 Nipah virus is an RNA virus that is part of the Paramyxovidae family that was first identified as a zoonotic pathogen after an outbreak involving severe respiratory illness in pigs and encephalitic disease in humans in Malaysia and Singapore in 1998 and 1999. Nipah virus can be transmitted to humans from animals (bats, pigs), and can also be transmitted directly from human-to-human. Nipah virus is on the WHO list of Blueprint priority diseases.

In the Bangladesh and India outbreaks, consumption of fruits or fruit products (e.g. raw date palm juice) contaminated with urine or saliva from infected fruit bats was the most likely source of infection. In May 2018, an outbreak has been reported in the Kozhikode district of Kerala, India.Twelve deaths have been recorded, including one healthcare worker. Those who have died are mainly from the districts of Kozhikode and Malappuram, including a 31-year-old nurse, who was treating patients infected with the virus.

As of 23 May 2018, about 14 people are being quarantined because they had contact with the sick.On 24 May 2018, 2 cases were also detected at Mangaluru, Karnataka. In Himachal Pradesh, India, some bats were reportedly found dead.This incident has caused panic throughout the state. Blood samples have been sent for testing. India is seeking help from Australia by importing “Monoclonal antibodies”, though they have not been tested on humans. India is also importing Ribavirin tablets from Malaysia.

The incubation period (interval from infection to the onset of symptoms) is believed to range between from 4-14 days. However an incubation period as long as 45 days has been reported. The early symptoms are pretty non-specific and can be confused with those with common colds/general viral infections.

There are currently no drugs or vaccines specific for NiV infection although this is a priority disease on the WHO R&D Blueprint.  Intensive supportive care is recommended to treat severe respiratory and neurologic complications. Supportive care means that the patients may need to be closely monitored and may be admitted to hospital.

Currently, there are no vaccines available against Nipah virus. Routine and thorough cleaning and disinfection of pig farms (with appropriate detergents) may be effective in preventing infection. Culling of infected animals – with close supervision of burial or incineration of carcasses – may be necessary to reduce the risk of transmission to people. Restricting or banning the movement of animals from infected farms to other areas can reduce the spread of the disease. As Nipah virus outbreaks in domestic animals have preceded human cases, establishing an animal health surveillance system, using a One Health approach, to detect new cases is essential in providing early warning for veterinary and human public health authorities. Drinking of raw palm sap contaminated by bat excrete eating of fruits partially consumed by bats and using water from wells infested by bats  should be avoided.

This content including advice provides generic information only. It is in no way a substitute for qualified medical opinion. Always consult a specialist or your own doctor for more information.

The portal of WHO has been the source for this article.